Birth defects are structural or functional abnormalities that are present at birth. These defects occur while a baby is developing in the mother’s body. Some of these are clinically obvious at birth; however, a few get diagnosed much later in life.

Screening tests help to know about a pregnant woman’s risk of having a baby with certain birth defects. These are done during the first and second trimesters of pregnancy.

Screening tests in the first trimester are done between 11 and 14 weeks and include blood tests and ultra sound exam to detect the risk of Down syndrome and trisomy 18. These results along with the mother’s age detect Down syndrome in approximately 82-87% of the cases.

Screening tests in the second trimester are usually performed between 15 and 20 weeks. They involve detecting a protein and three hormones. The presence of these hormones alone indicates Down syndrome in 69% of the cases, and detecting all four (the protein and the three hormones) indicates Down syndrome in 81% of the cases. Also, neural tube defects can be predicted in a good number of cases if the protein is detected in blood.

The tests of the first and second trimester screenings can be combined to confirm birth defects such as Down syndrome in a relatively larger number (90-95%) of the cases. 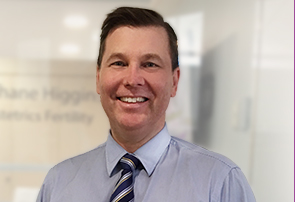